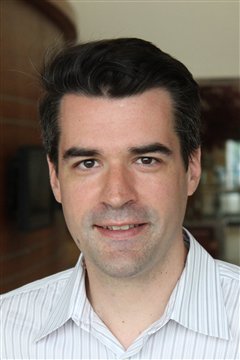 My main research focus is Genetic and Molecular Epidemiology, whereby I aim to identify genetic determinants of complex disease such as hypertension, coronary artery disease, cerebrovascular disease and other types of chronic disease. Genetic and molecular markers of disease are expected to lead to better understanding, prediction, and ultimately prevention of diseases. I currently have four projects.

Stroke is the third leading cause of death in Canada and a major source of long-term disability.  Risk factors such as high blood pressure, diabetes, smoking and abnormal heart rhythm are known to increase chances of getting a stroke.  However, in many individuals who develop stroke, particularly young people, we do not find the reason. Stroke is therefore believed to develop through a combination of known risk factors (e.g. high blood pressure) and genetic factors, that make it more likely that a person will have stroke. It is known that genes contribute to the risk of stroke, since stroke occurs commonly in some families.  However, very few ‘genes’ that cause stroke have been identified. Understanding the genetic basis of stroke will help provide answers to these important clinical questions.

Heart disease is a leading cause of death in Canada. In addition to risk factors such as smoking and diabetes, increased fats and cholesterol in the blood can lead to narrowing and blockage of the blood vessels to the heart. These fats and cholesterol are carried in the blood in packages called lipoproteins. Increased amounts of one of these packages in the blood, called lipoprotein(a) [Lp(a)], is associated with increased risk of heart and blood vessel disease.  However, the real importance of Lp(a) is not yet clear because people of differing genetic ancestry have varying amount and sizes of Lp(a).  The size of Lp(a) is determined by our genes. The different sizes of Lp(a) make it difficult to measure in the blood. Another challenge is that smaller size Lp(a) packages lead to larger number of the Lp(a) packages in the blood. At the moment, we are not sure if there is one ‘best’ test to use in all ethnic groups or if it is better to use a combination of tests. The study we propose will analyze Lp(a) in a large number of people from many different ethnic groups, to try to fully understand Lp(a) and its value in helping to predict the risk of developing heart and blood vessel disease.

Broadly categorized as antiplatelet and anticoagulation agents, antithrombotic drugs are commonly used for prevention and treatment of venous thromboembolism (VTE), acute coronary syndromes and stroke.  Nevertheless, it is increasingly recognized that not all patients benefit equally from drug treatment, with some individuals showing evidence of aspirin “resistance” while others carry genetic variants that modify the platelet inhibitory effect of clopidogrel.  Likewise, wide variations in the level of active drug have been noted with the anticoagulation agents dabigatran and apixaban.  Such variations result in underdosing some patients (i.e. thrombotic events) and overdosing others (i.e. bleeding events).  This project aims to identify the pharmacogenetic determinants of key antithrombotic drugs and evaluate their clinical relevance.

Gene-gene and gene-environment interactions are widely assumed to be an important component of the genetic architecture of complex traits.  However, detection of gene-gene and gene-environment interactions using exhaustive search necessarily raises the multiple hypothesis problem. While frequently used to control for experiment-wise type I error, Bonferroni correction is overly conservative and results in reduced statistical power. Our proposed method, Variance Prioritization (VP), selects SNPs having significant heterogeneity in variance per genotype using a pre-determined P-value threshold.  We have previously shown that prioritizing SNPs on the basis of heterogeneity in quantitative trait variance per genotype, leads to increased power to detect genetic interactions.  This project aims to further refine variance prioritization to improve our ability to identify genetic interactions.

My clinical focus is in cardiovascular prevention, where an individualized approach is used to reduce the risk of cardiovascular disease.  I also work in the lipids clinic where I treat patients with rare or complex cases of dyslipidemia.