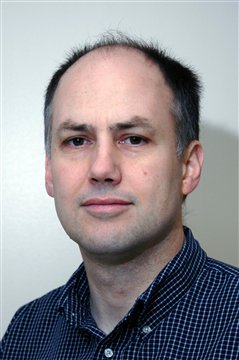 John Eikelboom, MBBS, MSc FRCPC is Associate Professor in the Department of Medicine, McMaster University, and haematologist in the Thrombosis Service, Hamilton General Hospital, Ontario, Canada. He completed his training in internal medicine and haematology in Perth, Australia, in 1998 and subsequently undertook a Fellowship in Thrombosis Medicine and Clinical Epidemiology at McMaster University, Hamilton. He returned to McMaster in 2005 to take up a Tier II Canada Research Chair in Cardiovascular Medicine.

Dr Eikelboom is a member of the editorial boards of Thrombosis and Hemostasis and the Canadian Journal of Cardiology and serves on the Advisory Board for the Journal of Thrombosis and Haemostasis. He has been involved in and has led multiple mechanistic and clinical outcome studies of antithrombotic therapies in cardiovascular medicine and has authored or co-authored more than 230 articles in peer-reviewed journals. His current research, supported by the Canadian Institutes for Health Research, the Heart and Stroke Foundation and the National Health and Medical Research Council of Australia, focuses on the efficacy and safety of antithrombotic therapies, the prognostic importance of bleeding and transfusion, and the mechanisms of variable response to antiplatelet drugs.

My initial work demonstrating that aspirin-insensitive thromboxane biosynthesis is an independent predictor of cardiovascular risk (Eikelboom JW, et al. Circulation 2002; 504 citations) also suggested that a substantial proportion of patients respond suboptimally to aspirin. Building of these findings, currently ongoing work is examining the effect of high-dose (at least 300 mg/d) compared with low-dose (≤100 mg/d) aspirin on urinary thromboxane and prostacyclin production and clinical outcome in a large secondary prevention trial (funded by CIHR). In the area of clopidogrel resistance, the demonstration that clopidogrel compared with placebo yields consistent clinical benefits even in the presence of 1 or 2 loss of function CYP2C19 polymorphisms (Eikelboom JW, senior author, N Engl J Med 2010) suggests that there is no rationale for routine genetic testing to individualize clopidogrel therapy.

2. Prognostic Importance of Bleeding in Patients with Acute Coronary Syndromes

I have reported a strong, independent and graded association between bleeding and risk of ischemic events and death (Eikelboom JW, et al. Circulation August 2006; 249 citations). This is consistent with the findings of the subsequent OASIS-5 trial which demonstrated that 1 in every 6 deaths recorded during the first 30 days in patient presenting with acute coronary syndromes occurred after an episode of bleeding (Eikelboom JW [joint first author], Eur Heart J 2009). Differences among trials in bleeding definitions complicates interpretation of results and has led to calls for unified bleeding definitions (Eikelboom JW, co-author: A Heart J 2009, J Thromb Haemost 2010 (x2), Circulation 2011 [in press]).

3. Systematic reviews of antithrombotic therapy in venous and arterial thrombosis

I am closely involved in randomized trials of new antithrombotic strategies in venous and arterial thrombosis. The most notable of these were the RE-LY (Eikelboom JW, co-author, New Engl J Med 2009, 246 citations) and AVERROES (Eikelboom JW, co-author, New Engl J Med 2011, in press) as well as ongoing trials of aspirin for VTE prevention (ASPIRE trial, (National Health and Medical Research Council-funded) and of new agents for prevention of recurrent venous thromboembolism and of thrombotic complications in patients with mechanical heart valves.

Having demonstrated that elevated blood levels of homocysteine are associated with elevated cardiovascular risk (Eikelboom JW, et al. Ann of Intern Med 1999; 499 citations; Lancet 1999, 488 citations) we recently published the results of an 8000 patient RCT homocysteine lowering therapy to prevent recurrent stroke (National Health and Medical Research Council-funded ) (Eikelboom JW, second author. Lancet Neurol 2010). The trial did not confirm a benefit of homocysteine-lowering, calling into question the widespread practice of use of vitamins to prevent cardiovascular events.