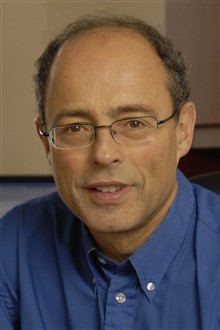 Sam Schulman graduated from Karolinska Institute, Stockholm, Sweden in 1977 and became a specialist in Internal Medicine in 1984, with subspecialties in Hematology and in Coagulation in 1985.  That year he also received his Dr Med Sc with the thesis : "Studies on the Medical Treatment of Deep Vein Thrombosis". He has worked within the field of coagulation disorders continuously since 1984, worked as a consultant at the national Hemophilia Center at Tel Hashomer, Israel 1992-1996 and was director of the Hemophilia Treatment Center in Stockholm 1996-2004. His major research activities have been clinical studies in venous thromboembolism, including several randomized trials and in hemophilia and its complications. He is currently involved in trials with new antithrombotic agents, such as the oral thrombin inhibitors. He has been a member of the Executive Committee of the World Federation of Hemophilia (2000-2004) and was chairman of the Subcommittee on Control of Anticoagulation of the Scientific and Standardization Committee of ISTH 2005-2008. Dr. Schulman is associate professor in Internal Medicine at Karolinska Institute and since September 2004 also professor in Medicine at McMaster University. He is Director of the Thrombosis Service at HHS-General Hospital in Hamilton and Director of the Clinical Thromboembolism Program of McMaster University.

Dr. Schulman is president elect for the XXV Congress of the International Society of Thrombosis and Haemostasis, Toronto 2015.